The Creative Vado HD is a tiny digital video camera in the same class as the Pure Digital Flip Video Mino HD and the Kodak Zx1. These diminutive devices are all the rage at the moment, as they are the most affordable high-definition video recorders currently available. While most traditional HD camcorders cost between $700 and $1,300, the Creative Vado HD has a manufacturer's suggested retail price of $229 (though at present, it is being sold at Amazon and other online retailers for higher prices). For comparison, the Mino HD has an MSRP of $229 and the Kodak Zx1 has an MSRP of $179.

As the most expensive of the three web-video HD camcorders, it would be easy to assume it would also be the most impressive. Unfortunately, that is not the case. While many of the concerns I have about the Vado HD could also be applied to the two other camcorders, there are some unique concerns as well. The long and short of it is, if you're interested solely in taking short, web-video clips, then you shouldn't be spending so much money, and if you want the best bang for your buck, avoid this class of camcorder and get a digital camera instead.

The Creative Vado HD is a simple looking, charcoal grey camcorder that can easily be tucked away into a pocket or purse. Its lightness and small dimensions are its most appealing feature, and it has adhered to the simple, straightforward layout pioneered by the Pure Digital Flip models. The USB dongle attachment is tethered to the Vado HD by a flexible, bendy arm, a definite improvement of the Flip Video's stiff, plastic arm, which can make it difficult to fit in certain USB inputs. The face of the camcorder is unremarkable, and the back is only slightly more interesting, with a four-directional keypad and record button, and two right-justified buttons for play/pause and delete.

At 2-inches, the Vado HD's LCD display is tied with the Zx1 and slightly better than the 1.5-inch Mino HD. It's vivid, and easy to use, although it does seem like it would be very susceptible to scratches. Like the Mino HD and Zx1, the Vado HD has no optical zoom, only 2x digital zoom, which is fine enough for the short clips it is intended to take.

The Vado HD also includes a tripod mount, which raises an interesting question. The entire purpose of these small camcorders is to be portable, and ready in an instant when needed for candid shots. Wouldn't using a tripod defeat that purpose? The Vado HD (and its peers) would be better served with on-board image stabilization instead of a tripod mount, but this is obviously much less expensive and difficult to implement.

The Vado HD has 8GB of onboard memory, enough for a little over two hours of "high-definition" video. The Vado HD is, of course, fun and easy to use. There is absolutely nothing to fuss with. Simply point and shoot, and you're on you're way to a cute little clip for uploading to YouTube or sharing with friends. Just don't expect too much from this supposedly 'high-definition' camera.

Despite its comparatively high cost, the Vado HD did not demonstrate much in the way of superior image quality. Videos were good-looking, but "high-definition" might be something of an overstatement. Next to the HD video taken by the Flip Mino HD, the Vado HD's video contains a fair amount of image noise, appearing grainy and diffuse.

One thing it does have in common with both the Flip HD and the Kodak Zx1: don't even think about moving when you're shooting a video. The Vado HD does not have any kind of image stabilization, making any kind of panning or motion with the camera a shaky, blurry mess. When held still, the Vado HD does alright, but it's still not worth its high price tag.

While these tiny camcorders hold a lot of appeal for consumers interested in a simple, easy-to-use video recorder, I can say without hesitation that it's a terrible use of your money. For roughly the same price, you could purchase the Panasonic TZ5 digital camera, which records "HD" video in 720p, but also includes image stabilization, an excellent 9.1 megapixel still photo mode and 10x optical zoom.

Panasonic has also introduced the Lumix ZS3, an HD digital camera set to debut this April. Though it is more expensive, with an MSRP of $399, it features a new AVCHD Lite video format. AVCHD is what is used in most high-end camcorders, and provides much better quality than the Vado HD can put out.

While the idea is a good one, the Vado HD simply can't deliver adequate video quality to make it a worthwhile purchase at this time. Perhaps in the future, these devices will become more robust, but for now, stick to a good digital camera with a video mode. 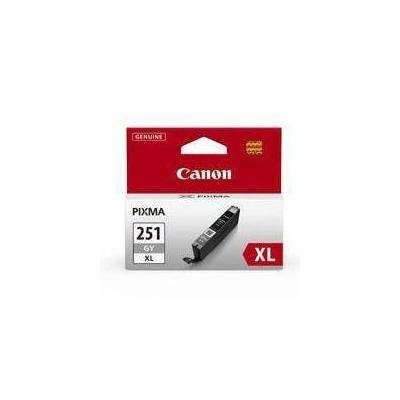