What is a gimbal? How to stabilize video using the latest video accessory

Gimbals are one of the hottest new accessories in video -- so what are they and how do you use one?
By Hillary Grigonis, Last updated on: 11/30/2017 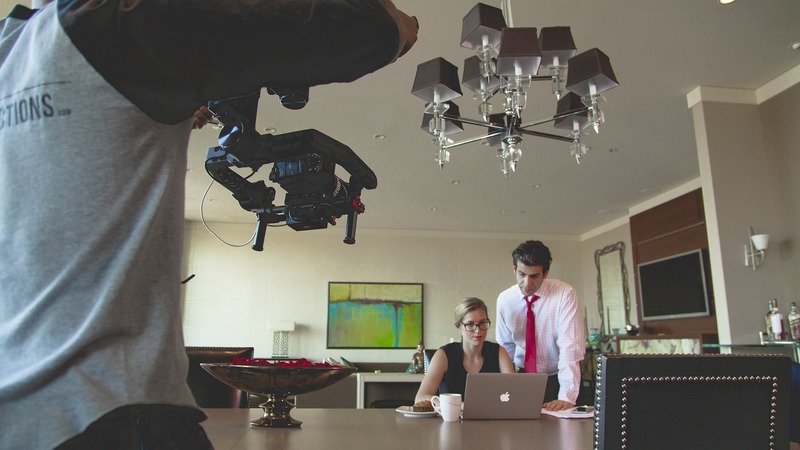 Companies from GoPro to brand new start-ups are all toting one hot new accessory: gimbals. But what is a gimbal, exactly, how do you use one and what’s all the fuss about? Gimbals are in fact a sort of handheld tripod, stabilizing video while leaving you with the freedom to move. Here’s what you need to know about gimbals and how to use one.

What is a gimbal?

A gimbal, in videography, is a tool that uses a set of motors and sensors to keep the camera steady, resulting in smooth footage but maintaining the ability to move around the scene. Unlike a tripod, gimbals are small and handheld, so you can move around the scene to create different motion effects.

Gimbals are a modern, motorized version of Steadicams. While Steadicams use physics and moving parts to keep the camera level, gimbals instead uses digital sensors, motors and a small computer processor to handle all that data. When the sensors detect camera movement, the motors adjust so that the camera stays on the same level, eliminating shake in the footage.

A brushless gimbal uses quiet motors to react to those camera movements. Since gimbals are primarily for shooting video, you wouldn’t want the hum of a motor in your footage.

Gimbals were first popularized by the Movi, but since then a number of gimbals have hit the market. Gimbals are nearly essential to getting good footage from a drone, but gimbals have also been designed for smartphones, action cameras, pro-grade video cameras and DLSRs. Chances are, there’s a gimbal out there to fit your current gear.

Gimbals are classified by the number of movements that they correct for, called an axis.

A two axis gimbal will correct the camera when it pitches forward or backwards, or when the lens starts to point up or down. That’s the first axis. The same gimbal will also correct roll, or if the lens, still pointing forward, rolls to one side or the other. The two axis gimbal corrects both of those movements, called roll and pitch.

A three axis gimbal corrects for one more type of movement, called the yaw, or up and down motion. By correcting for more movement with three different motors, a three axis gimbal will create steadier footage than a two axis one.

It’s important to understand, however, that the camera’s center of gravity remains the same when correcting for that movement. That means a three axis gimbal will correct movement when the lens tilts up or down, but if the entire camera moves up and down, that motion will still remain in the video. The same thing applies to side to side movement, which means that it’s still possible to create panning effects because the entire camera is moving. Small movements created by shaky hands or the wind are corrected, while larger movements are not, so panning and moving forward will still create movement in a video, but not shake. A gimbal gives you the freedom to create panning effects while keeping the footage steady.

While three axis gimbals are more effective, they also weigh more. The gimbal with the added weight of your the camera can be quite tiring to use for long periods handheld. And, if you’re attaching the gimbal to a drone, the more it weighs, the shorter the drone’s battery will last. Three axis gimbals also tend to be more expensive than their two axis cousins.

How to stabilize video with a gimbal

While gimbals are controlled with a motor, they’re not ready to go right out of the box. If a gimbal isn’t balanced properly, the motor will be working overtime, which means the stabilization may not be as effective, the battery will drain faster and you could shorten the lifespan of that gimbal.

A gimbal is balanced based on weight, so, before you start balancing, make sure all the accessories are attached to the camera. If you use a quick release plate, you also won’t have to balance the next time unless you change lenses or accessories.

A gimbal is balanced when you move it to a position (with the motor off) and it stays put — and you need to do that for each axis. Move the camera to about the point where you think the weight will balance, then tighten the screw. Move it and if the camera holds the position, it’s well balanced. If not, continue adjusting and tightening the screw. Make sure to repeat for each axis. To make the process easier for next time, mark the position with tape or a marker — if you use multiple lenses, perhaps color code the markings so it’s easy to adjust to the weight of different accessories.

Motorized gimbals don’t have to be perfectly balanced, so just get it as close as you can. The first time you use the gimbal, you’ll want to check the gimbal’s settings as well. Most are adjusted using an app. The settings determine how much the gimbal responds to movements, whether that’s slight and conservative or very responsive. Experiment with a few different settings to see what produces the best effect with your gear.

With the gimbal balanced and powered on, you’re ready to start shooting. Remember, though, that the gimbal compensates for movement of the camera lens in any direction, not movement of the entire camera. While walking with a gimbal using a normal stride, you’ll get a slight up and down motion to the footage with each step.

If you want to eliminate that up and down stride, you’ll need to keep the gimbal parallel to the ground. Hold the camera out in front of you a ways and lock your arms. Then, when you walk, bend your knees slightly and take short steps. Opting for any movement on wheels — like roller blades or a bike — will also help create smooth forward motion.

Gimbals are excellent tools for adding cinematic motion to video without the shake. While tripods and sliders still have their place, gimbals are great tools for video, from drone cinematography to smartphone videos.