360 degree video is a new and exciting way to capture both still sand video -- but it comes with a very big set of challenges. Here's what you need to know to successfully shoot in 360.
By Hillary Grigonis, Last updated on: 11/30/2017 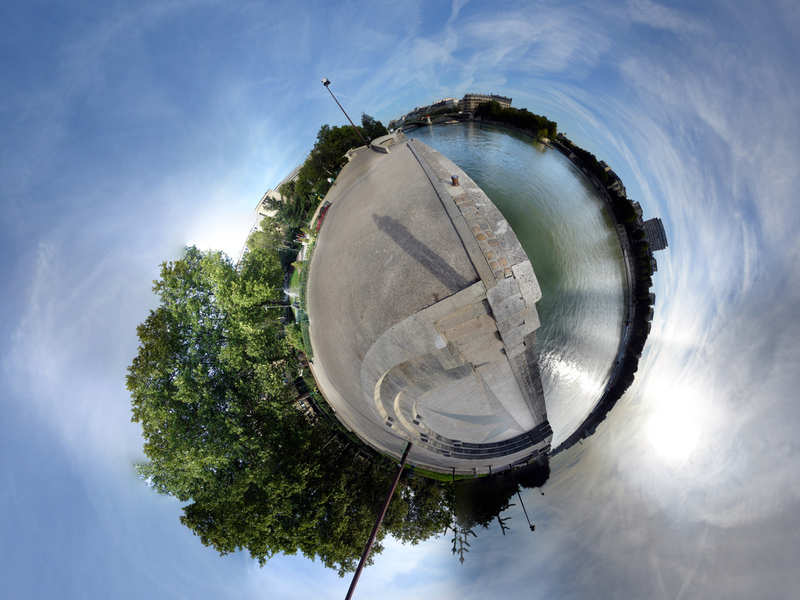 360 has taken the world by storm -- and rightly so. 360 videos give you a perspective not possible in a traditional video, bringing a virtual reality experience to home movies. But with a 360 perspective comes a whole slew of issues that can pop up in that wide video: how do you a compose a video when there's no such thing as behind the camera? How do you take a 360 video that's not a selfie? What are some things to avoid to get the best quality?

With so many questions on such a new technology, we've put together a guide on how to shoot 360 videos for newbies to the medium — and a few great examples to inspire you.

The gear is essential to creating 360 videos. You can't just head out with a regular camera and start shooting 360. Traditional cameras are designed to only capture one perspective and their lenses aren't capable of capturing the entire scene by themselves.

There are two options for shooting 360 video: multi-camera rigs and dedicated 360 cameras. Multi-camera rigs tend to have better quality because they combine the resolution from several cameras (usually six cameras or even more) into one video, creating a much higher quality. The problem of course is that you have to buy six or more cameras, a rig to keep them in place and software to stitch them all together, which of course gets pretty expensive.

The other option is to pick up a camera designed specifically for 360 videos. These small consumer-oriented cameras won't get you the same results as a multi-camera setup, but they're much more affordable and still get video decent enough to share on social media and view on your smartphone.

To capture a 360 view, these cameras either have a single lens with some sort of optical "amplifier" allowing them to capture 360 degrees, or they use multiple lenses and sensors in the same camera. When choosing a camera, in general, the options with more lenses are going to produce better video. Cameras with a single lens will stretch the image into a 360, loosing quite a bit of resolution over the videos we expect from traditional video cameras. They also don't capture as much -- you mount them with the lens pointed up and they won't capture as much of the ground as other cameras. Multi-lens set-ups like the Samsung Gear 360 or Nikon KeyMission 360 merge multiple frames together, creating a 360 video without a big loss in resolution and tend to cover a "true" 360 view.

Along with picking up a 360 camera, it's a good idea to pick up a big, fast memory card. 360 files are much bigger than traditional video, so make sure your card can handle it. Keep in mind your battery will likely drain faster as well.

Once you have a 360 camera, shooting 360 is fairly straight forward. You'll start and stop the recording like a regular camera, and most consumer-level options just have auto modes, so there are minimal settings to work with.

Some cameras give you the option of two different 360 modes: a wrap around or a circular image. A wrap around 360 video allows viewers to move their smartphone to see the whole video or scroll around in a 360 browser. The circular mode keeps the 360 perspective, but wraps it around in a sphere, creating a circular video that you can watch without a dedicated 360 browser. The circular mode is rather odd to watch, but unlike the wraparound shows everything on one screen all at once.

Multi-lens cameras will also often have a mode for shooting that's not 360. Using just one of the lenses instead of all of them will get you a wide angle video instead of 360. That feature makes 360 cameras more versatile, though they certainly aren't why people buy 360.

Unlike traditional video cameras, 360 video isn't ready instantly. Software is required to stitch the perspectives from multiple cameras together, or to unwrap the distorted perspective from a single lens 360 camera. Most 360 camera manufactures though are bundling software or a free app with their camera, so while the exact steps will vary by your gear, the software is often intuitive and auto-stitches, so you don't have to learn complex video editing methods.

Once the video is processed, 360 can't be viewed in every video viewer, since the tech is quite different and also pretty new. YouTube now allows users to upload 360, but some web browsers like Safari can't yet replay the 360. There are also a number of hosting sites similar to YouTube but that are dedicated to just VR videos like Vrideo.

There are also a number of different programs that you can download to view your video if the bundled software doesn't do well. GoPro's VR Player, formerly Kolor Eyes, is a popular (and free) option.

360 video is cool, but that doesn’t mean that all of your videos and photos should now be in 360. Just like choosing between a still or a video, make sure there’s a good reason you are shooting a 360 degree perspective, or your video will fall flat. The reasons for shooting 360 don’t have to be huge — something as small as an amazing view on all sides is a good reason. Catching both the athletes and the spectators is another. Whenever you shoot in 360, make sure there’s a reason you’re not shooting with a regular camera other than the fact that 360 is new and cool.

Plan at all angles.

Photography and videography, traditionally, allows the artist to share their view of the world by carefully choosing the composition. But with 360, all angles are included, which means you should plan for all angles. If you’re not intending to take a selfie, plan out a way for you to hide from the footage. If you’re using other gear like mics, try to find a way to hide that too. Be considerate — other people may not want to (unknowingly) show up in your video.

Try a tripod or mount and a remote release.

Tripods are helpful for all forms of video, but if you don’t want to show up in your 360 video, they are a must. Paired with a remote release, you can hide away from actually being included in the shot. While some 360 selfies turn out great — like when you are using the 360 as an action camera — you probably don’t want every new photo and video you take to be a selfie. A remote release and a tripod is an easy fix. Look for a tripod with a slim profile so you don’t see as much of the legs underneath.

If you can, stay still.

With 360 video, viewers can move their way around the frame. If you combine the movement of navigating through a 360 viewer or pair of virtual goggles on top of the traditional camera movements of panning and zooming, you’ll quickly leave your viewer feeling seasick. Leave the movement up the viewer as they navigate through the scene. The exception? If you are recording a first person action cam video, there will be some essential movement, but if you’re filming a skit or otherwise aren’t recording action, keep it steady.

360 cameras have a fixed focus lens, like a GoPro and other action cameras have, to keep everything in focus at all times. But those fixed focus lenses can’t grab what’s close to the camera, or at least not sharply anyways. Along with the focus issue, objects that are too close will appear very distorted and even cause stitching errors with 360 cameras. Try to keep everything at least four feet away, though it’s worth noting that many consider about five feet to be an optimal distance for 360 subjects.

Shooting in 360 pretty much throws out traditional compositional rules, but that doesn’t mean there’s no such things as good composition for 360. The height is the biggest factor to consider. Shoot from eye level and you’ll make the viewer feel like they’re right there. Shoot from on the ground and you’ll make the viewer feel like a mouse. Neither one is wrong, but it’s important to know how the height of the camera plays a role. Also, get to know your particular camera and find it’s “front.” While viewers can navigate all the way around, the “front” will be the first thing that they see.

While photographers and videographers normally love dynamically lit scenes, boring light is a 360 videographer’s best friend. In multi-lens cameras, dynamic lighting can cause stitching errors when the footage is pieced together. That means if you’re going to plan an outdoor shoot, try to schedule it on a cloudy day. There’s nothing wrong with shooting on a sunny day if that’s when the action is happening, but you’ll likely get better results with even lighting.

360 video is a growing trend — and it’s easy to see why. Offering a 360 perspective is a fun way to capture the entire picture, but also presents a number of challenges. However, with the right gear and a few tips on how to shoot 360 video, you can capture a complete perspective in an exciting new way.