How To Edit A Video: A Beginner’s Guide to Video Editing

Videos often need to be edited before sharing online, but how do you edit a video anyways? Here are the basics.
By Hillary Grigonis, Last updated on: 11/30/2017 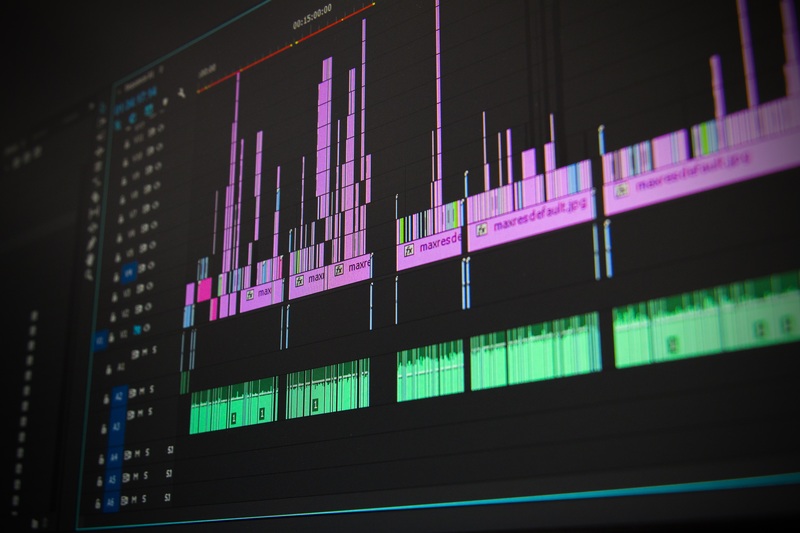 Recording and sharing a video is easier than ever — but chances are, few people will actually want to sit through that one hour video of your adventure. Video editing helps you highlight the best moments captured on camera, turing a dull, long video into a fast-paced, exciting and easily shareable video file. But, learning how to edit a video is an entirely different story. Unlike editing a photo, there’s clip length, transitions and audio to consider, which makes the task of video editing pretty daunting for newbies. Editing personal videos doesn’t require the know-how of a professional editor, however — learn ropes in this simple beginner’s guide on how to edit a video.

How to edit a video: Choosing a Program

To edit a video, you’re going to need some software — but chances are, you may already have some since many manufacturers include video editing software when they ship out their computers. And if you really want to get into video editing, there’s a few pro programs you can purchase too. Here are some popular options.

iMovie ships with most Apple devices and does a good job editing basic videos. The program includes everything the average consumer would want for adjusting personal videos to share on social media, including cutting and rearranging clips and adding audio.

Windows Movie Maker has just been discontinued, but if your computer isn’t brand new, you might still have the program. If not, there are still some free Movie Maker alternatives like Shotcut.

For serious video editors, Adobe Premiere Pro is considered an industry standard. The learning curve is much steeper, though, than the more basic editors. The same thing goes for the also excellent Final Cut Pro.

And if you shot the video on a smartphone, there are a handful of good video editing apps that can do the trick, including Splice, Quik and Magisto, as well as the mobile version of iMovie for iOS.

For the most recent GoPros, Quik is an app that automatically creates a short, edited video from your recordings, using AI to detect the best moments in the video. Users can also customize the results when the app doesn't pick the right moments.

While the exact steps will vary based on the software you choose, many of the programs overlap in their basic features, which means learning how to edit a video on iMovie isn’t crazy different from learning the same task on Windows Movie Maker or Shotcut. The locations of the controls will be a little different, but once you know what you are looking for, finding the exact controls is much simpler.

How To Edit a Video: The Basics

Every video editor is going to have a few basic components that you should consider every time you edit a video in order to get the best result: the timeline, transitions, colors, crop, stabilization, speed and audio.

The timeline is the bread and butter of video editing — it’s what happens when. Even if you just want to edit a single video clip, the timeline will allow you to shorten that clip. For most programs you drag and drop the clips onto a timeline, in the order that you would like them, though you can drag and drop to rearrange too. Some editors allow you to trim clips by clicking on the ends of the video clip and dragging them in, while for others you’ll need to find the trim tool, often designated by a scissors icon. The timeline also shows you how long the video is.

Using the timeline helps you string multiple clips together in any arrangement and eliminate excess so the video only plays the best moments. Take your time arranging clips and be wary of putting too many short clips together, or your viewer might feel seasick.

What happens between separate video clips is left up to transitions. The movie can simply cut to the next clip, or fade or any number of different effects. Don’t go too crazy with transitions though — next time you watch TV, notice how you don’t see crazy checkered transitions? Sticking with a simple fade or a quick cut is often best.

Just like you an edit a still photo’s colors, you can adjust the colors in a video too. Most basic video editors will have an auto adjust feature that often works well, but for more control, you can also adjust:

Many video editors will also have automatic color options. iMovie, for example, along with an auto color balance also allows you to select a portion of the video to balance colors for skin tone as well as a “match color” option that helps different video clips look similar to each other.

Just like with still photos, videos can be cropped too. Cropping a video will eliminate distractions, but be careful — cropping will lower the video’s resolution, making the details a bit fuzzier. Crops are best left for small edits — and on video that already has a high resolution, like 4K.

Video a bit shaky? Electronic stabilization can help out if you weren’t able to prevent it in the first place, and many video editors have this option — YouTube will even add the option when you upload. Electronic stabilization, however, stabilizes by cropping so avoid using for lower-resolution cameras, especially bellow 1080p.

Videos are actually made up of lots of still pictures — most have at least thirty frames in one second. Many video editors allow you to adjust how quickly those frames are played, speeding up — or slowing down — the footage.

Audio is often forgotten in video, but essential to a good video. Video editing software will allow you to change the volume of the audio or replace it entirely with another recording or music.

Once you understand the terms and what’s involved and what the terms are, learning how to edit a video is just a matter of locating the options.

How to Edit Video: Final tips

(Pssst... pair these with these video shooting tips for the best results.)

Keep the end result in mind. What’s your goal for the video? Keep that in mind as you edit, so that every change takes you closer to that final point. Think of a video as a story with all it’s pieces, and the end result will turn out better.

Cut the fluff. Short videos, nine times out of ten, do better. Ask yourself, is that segment there for a reason? If you can’t answer that, cut it.

Keep motion to a minimum. A lot of motion can make viewers feel seasick. Cut out the shakiest parts of the video and avoid clipping too many short clips together. Some panning and zooming is okay, but keep it sparse.

Shoot more than you think you need. Yes, you want short videos, but pro videographers shoot lots more than just the length of the final video. Think about getting different perspectives and some close-ups to mix in with the footage to add more interest. With a video editor, you can continue the audio from the one movie while you switch to other details, a helpful style for editing video interviews.

With the prevalence of videos on social media, blogs and websites, video editing is quickly becoming a must. Whether you just want to turn the video of your son’s entire soccer game into a one-minute clip of his goal or if you are producing a project for your own small business, video editing makes it happen.