DSLR Vs. Camcorder: What Tech Is Better For Video?

What's better for video, a traditional camcorder or a DSLR?
By Hillary Grigonis, Last updated on: 11/30/2017 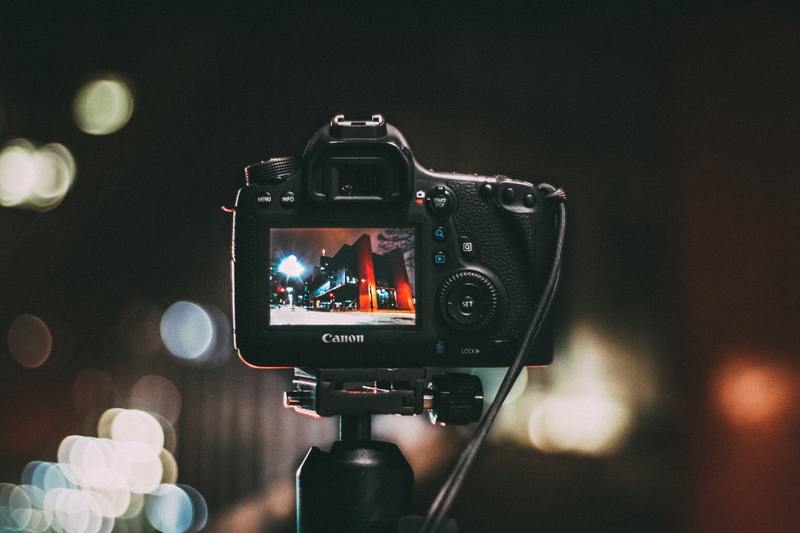 Cameras, traditionally, have been designed for either still images or videos, but not both. That's changing, and quick. Five years ago, DSLRs were offering video, but missing out on features like autofocus. Today? A number of enthusiast and even professional videographers are choosing to shoot with DSLRs. So why are DSLRs suddenly becoming popular for video, and are they really better than camcorders?

When it comes to comparing DSLRs vs. camcorders, “better” is subjective—it's largely a matter of personal preference and, done right, you won't be able to tell if a video was shot with a camcorder or a DSLR. But, there are a few key differences to consider before deciding what tech will be recording your next shots.

The biggest difference between DSLRs and camcorders is that DSLRs have much larger sensors than camcorders, at least at the same price point. You can get camcorders with larger sensors, but these are the high-end models that will cost a few thousand dollars, while you can easily find a DSLR for under a grand. So, what's the big deal with sensor size? In terms of video, there are two big advantages of shooting with a larger sensor: depth of field and low light.

Depth of field is how much of the image is in focus—you'll often see portraits with a very blurred background, for example. That blurred background is much easier to do with a DSLR because of the larger sensor. (One other factor? A lens with a wide aperture, like f/1.8 or f/2.8). The biggest reason some videographers choose to use a DSLR is to get that creamy bokeh and out-of-focus background.

In limited light, a larger sensor collects more light than a smaller one. With the larger sensor of a DSLR, it's easier to get low light images without needing a video light. Cameras with larger sensors tend to produce less noise when shooting at the higher ISOs needed when lighting is limited as well.

A camera's processor can only process so much data at one time. When the camera can't process any more information, the recording will stop. Camcorders win out in this one—being designed for video, they're typically capable of recording for over an hour at a time and often until the battery runs out (check the tech specs to be sure, since every camera is different). DSLRs have shorter maximum record times, often a half hour. These times tend to be even shorter for 4K video, but again every model varies a bit, so that's something you'll want to consider when looking at the tech specs.

Most professional videographers will stitch several recordings together to create their final video, so the shorter record times often aren't as much of an issue. If you plan to record an entire sports game from start to finish though, a camcorder will likely be your better option.

Focus becomes a top consideration when comparing DSLRs and camcorders—but recent advancements in technology narrow that gap significantly. My first DSLR didn't even allow autofocus, but my newer D7200 offers pretty good autofocus while recording video. The key spec you'll want to look for in a DSLR is what type of autofocus it uses in Live View mode (which is how most record video). Phase detection systems work well for video. Contrast detection autofocus will produce that in and out focus before locking on the subject, something that's distracting in a video.

Professional videographers, though, will often use manual focus, no matter what kind of gear they are using. Why? By having full control over the focus, you can choose when and how fast to focus, as well as implement different effects like changing the focus between two people based on who is talking. Manual focus is possible with a DSLR, but serious videographers will often pick up a follow focus kit, which makes the manual focus ring easier to grab on to and control.

Camcorders have built-in neutral density filters to properly expose video on a bright day while still using the appropriate shutter speed. DSLRs don't have this feature built-in, so you do have to purchase a ND filter kit if you are having trouble with overly bright videos. Besides the extra purchase, that's one more thing to carry and one more thing to mess with, making it a bit less convenient.

DSLRs are designed for taking a picture, then moving around and taking another one. Camcorders, on the other hand, are designed specifically to be held up for long periods of time. The way that a DSLR is held will generally get pretty tiring when shooting for several minutes, while it's more comfortable to hold a camcorder for a longer period of time. Of course, if you plan to use a tripod to keep the footage steady anyways, the ergonomics isn't really an issue.

Audio is an important factor to consider that's often neglected by new videographers. In general, a mic inside a camcorder is better than the ones inside DSLRs. But, here's the thing: an inexpensive mic placed closer to the subject is going to work better than any built-in mic, whether you are shooting with a camcorder or a DSLR. For that reason, the audio factor isn't a big consideration when experienced videographers choose to shoot with DSLRs, because they'll be adding audio gear regardless. Check the tech specs of the specific model to be sure, but most DSLRs will have a stereo microphone input jack. With that, you can use a shotgun mic or even add a DSLR audio recorder and record with multiple mics.

While you can pick up a consumer camcorder for a few hundred bucks, you can't get the larger sensors and advanced features in a dedicated camcorder for the same price as a DSLR. Compared to professional camcorders, DSLRs are much more affordable. That lower price point also makes it much easier to pick up multiple DSLRs to film from different perspectives, which can be a big advantage in many scenarios. You'll probably want a few more accessories with a DSLR than a camcorder, like a neutral density filter set and manual focus assist rig. But, both DSLRs and camcorders do well paired with audio equipment and other accessories like tripods and video lights.

DSLR Vs. Camcorder: So, who wins?

So, who wins in the DSLR vs. Camcorder debate? That depends. Many advanced videographers are choosing to work with DSLRs because of the larger sensors that makes it easy to produce soft, out-of focus backgrounds at a lower price point while still working with audio accessories. DSLRs are great for getting high-quality short clips to stitch together with a video editing program. Camcorders, on the other hand, tend to be simpler to use, more comfortable to shoot handheld and offer long recording times. Camcorders can shoot an entire concert or football game without stopping, while DSLRs often have shorter recording times (often 30 minutes, but that varies by model and the recording quality).

Like choosing one camera over the other, deciding between a DSLR and camcorder is a matter of personal preference and shooting style. Before you buy, check the tech specs and reviews for the individual model you are considering and look for factors like the frame rate, resolution, maximum recording time, battery life and available ports.